Investor update: What the US election and a COVID vaccine means for real estate

Recent market-sensitive events, including the outcome of the US presidential election and Pfizer’s coronavirus vaccine announcement, have resulted in some significant swings in market prices across global equities and listed real estate.

In light of these recent events, we believed it was worth updating our investors on what this latest news means for real estate, and the Quay Global Real Estate Fund’s exposure.

At the time of writing, it appears Joe Biden will win the US presidency and the Democrats will retain a majority in the House of Representatives. At this stage, the Senate count is in favour of the Republicans 50-48; however, there is a run-off election in Georgia for the remaining 2 seats. If the Democrats win both seats, they will control the Senate (with Vice President Harris acting in the case of any Senate tied vote).

In the unlikely event the Senate does fall to the Democrats, the fine margin will almost certainly mean that new and sweeping agendas will be unrealistic. Compromise will likely be needed.

At the margin, the outcome of the election is a small net positive for US real estate for the following reasons.

Pre-election, Biden hinted at the removal or change to the 1031 exchanges (which allow the sale of real estate to occur while deferring capital gains tax). While this would not have cost listed REITs too much, it was still a potential negative. That risk now appears significantly diminished.

The biggest negative from a ‘split congress’ is the risk to the likelihood of new and large stimulus. The wider equity market also shares this risk.

At the time of writing, Senate Majority Leader McConnell has opened the door for more spending talks, which is a positive. However, given the new hawkish stance on federal government spending by Senate Republicans, the size of any new stimulus may disappoint the market’s short-term expectations.

While additional stimulus spending would be helpful, the latest US flow of funds report reminds us of the massive scale of the CARES Act (stimulus) in April compared to the 2009 America Recovery Act post GFC, and the enormous long-term balance sheet benefits this will deliver to the private sector generally, and households specifically. 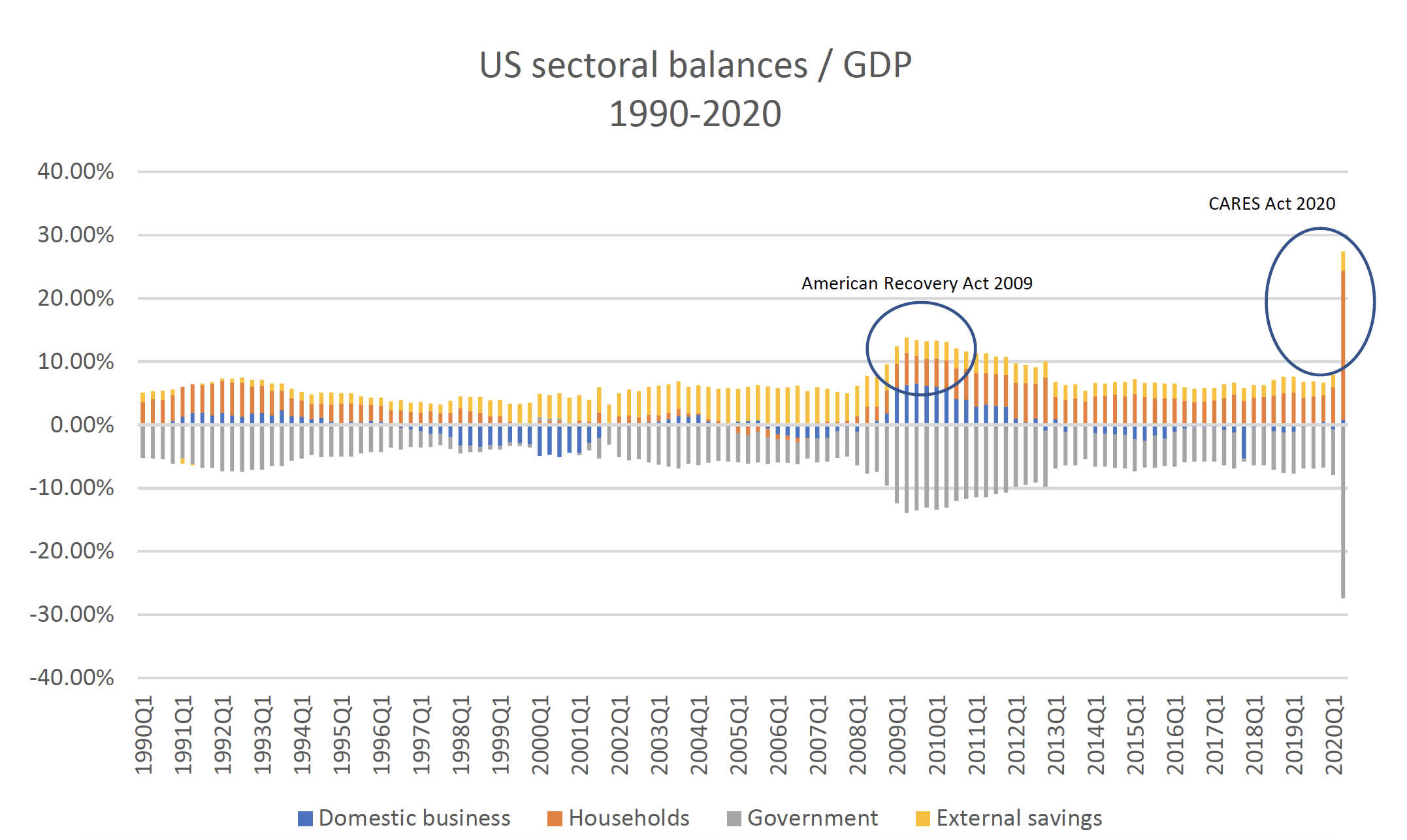 On Monday 9 November, Pfizer announced its experimental coronavirus vaccine was found to help prevent COVID-19 in more than 90% of controlled cases.

The net impact across the industry is seen as a positive. Unlike most industries, real estate landlords have been asked by various levels of government to shoulder the cost of the virus and associated shutdowns. This has included providing rent waivers for commercial tenants and legislating against evictions for tenants who are unable (and sometimes unwilling) to pay.

A successful vaccine and a return to normal will eliminate this legislative cost borne by the industry, and therefore it has been no surprise to see listed real estate prices recover so aggressively.

While recent vaccine news is positive, some caution should be exercised at this stage. Much of the data from Pfizer’s trial has yet to be released, and any approval will mean it could be many months before the vaccine is widely available. Meanwhile the spread of the virus across the northern hemisphere is accelerating at an alarming rate at the worst possible time – winter.

Impact on our portfolio

A successful vaccine will be most beneficial for those REIT sectors that suffered most during the downturn. That includes healthcare (senior housing), retail, urban office and urban / coastal apartments. Fortunately, our Fund is well-positioned across these sectors (with the exception of office) and we have therefore managed to capture much of the upside in the recent rally, while still maintaining a relatively defensive position across sectors including self-storage, life science office, German housing and data centres.

The portfolio is positioned this way not because we anticipated a vaccine, but because we see deep long-term value across many of these real estate names. As such, over the past three months we have ensured:

As at 11 November, the Fund’s exposure by real estate sub-sector is as per the following chart. 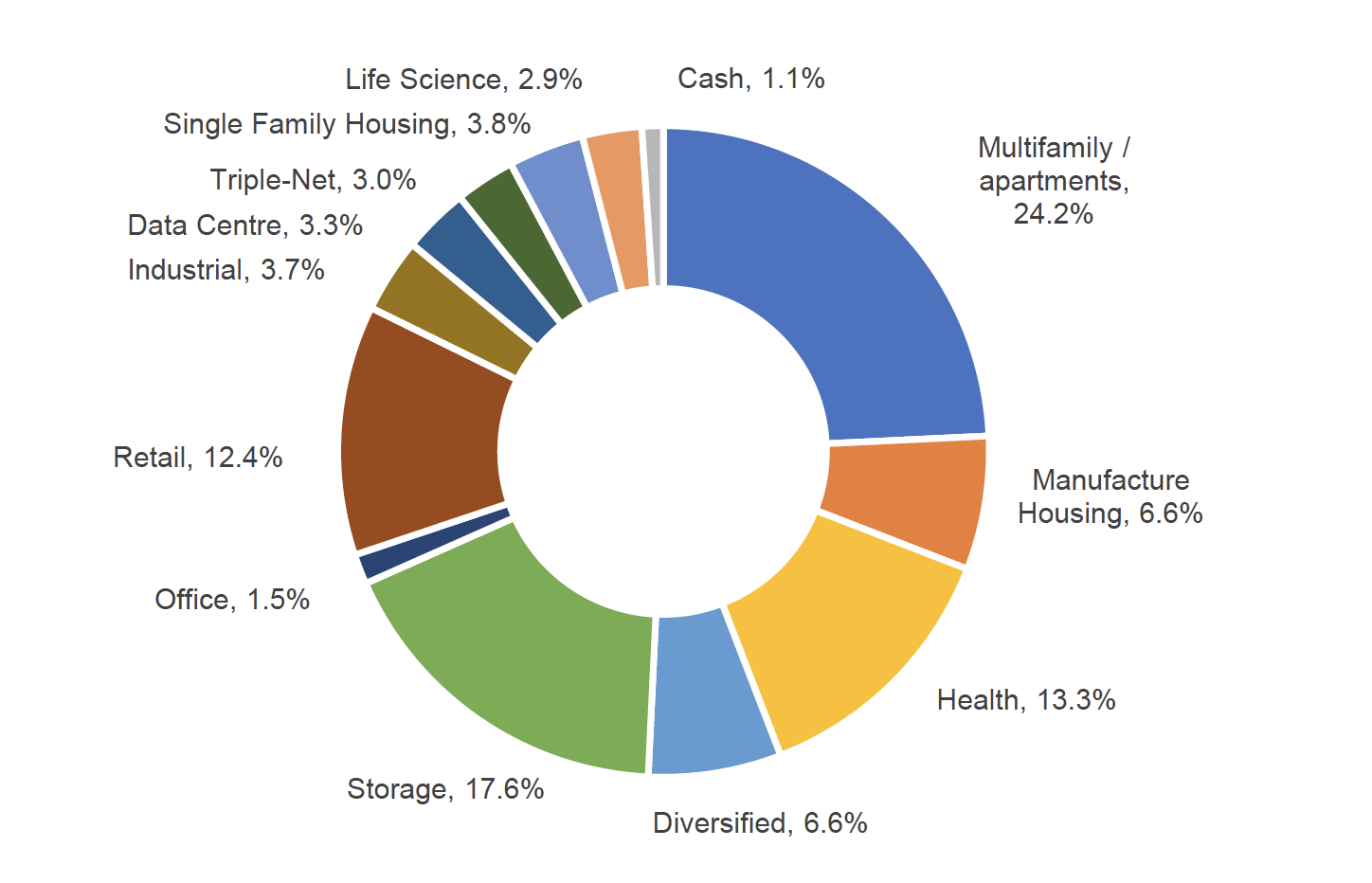